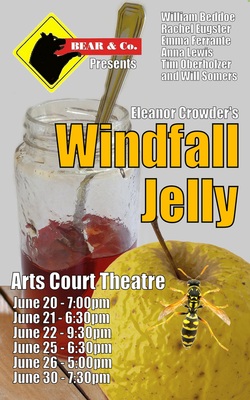 Windfall. Fruit dropped by storm. Cored by coddling moth. Gored by wasp. When the Good Lord gives you windfalls, you make jelly. August is squash and zucchini and zinnias. Then it's apples and potatoes, no matter how hard the job of gleaning every drop.

Eleanor Crowder’s new show focuses on a marriage in trouble, and all the people revolving around it. They’re all connected to a pot of apple jelly one of the characters makes as the action happens, seemingly trying to recapture the family’s happiness through a recipe. Should you see it?

Although Windfall Jelly is advertised as a dark comedy, it’s not really comedic at all. It definitely skews more towards Greek tragedy and family drama. Its connection to the steps involved in making apple jelly is what made it interesting. The emphasis on the metaphor drove home the points of Windfall Jelly, but also took away  from its characters... (click here for more)

When life gives you lemons, you make jelly in Eleanor Crowder’s Windfall Jelly. Jam-packed with dramatic rhetorical devices such as epizeuxes and metaphors about life lessons, Windfall Jelly is a performance that tells the story of a husband and wife whose marriage has hit a turbulent storm.

For the Fringe Festival, a cast of six people is relatively large and I was looking forward to this and the variety of personalities depicted in the play. From the distressed, unsatisfied wife, hardworking but emotionally distant husband, helpful best friend, jaded elderly parents, to the whimsical teenaged babysitter, the characters embodied many of the stereotypes with whom we are already familiar. The various visual and acoustic effects such as lighting and loud sounds to create the elements of a windy storm formed the right atmosphere on set. The use of epizeuxes created a sense of metaphorical illusion, but in fact the actual themes and plot of the play was common: relationship problems and gender stereotypes were the main issues faced by the characters, topics audience members can relate to.... (click here for more)

This family drama, rooted in intergenerational conflict, a rotting marriage and the coming of winter, exerts an unexpected pull on the viewer.

Playwright/director Eleanor Crowder gives us two generations of a farm family as well as a couple of neighbours going about such chores as making apple jelly and repairing a leaky roof as they all drift inexorably toward catastrophe. This is not a happy family: unlike the preserves they make from windfall apples - a capturing of summer's bounty as a shield against the coming cold - they find virtually nothing in life to celebrate, preferring to dwell on the rotten parts of existence... (click here for more)

Friday afternoon I went to watch Windfall Jelly, written and directed by Eleanor Crowder. This play was very interesting. The story line was simplistic, essentially telling the story of a couple who are falling out of love - or rather, one party is falling out of love with the other. It’s not a new story.  It’s been told over and over again, but the way Eleanor Crowder explores this theme in Windfall Jelly is unique and complex...(click here for more) 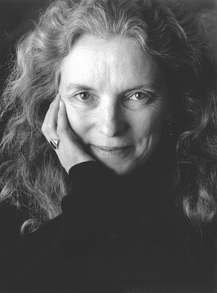 Eleanor Crowder is a writer, director and actor.  Ottawa audiences remember her Mother Courage for James Richardson and her Shrew for Peter Hinton.

Eleanor directed Bear & Co.'s 'Tis Pity She's A Whore, at the Ottawa Fringe in 2012 and most recently directed their production of The Taming Of The Shrew. She appeared as twin Dukes in Bear & Co.'s As You Like It and appeared in, wrote and directed Momma's Boy. 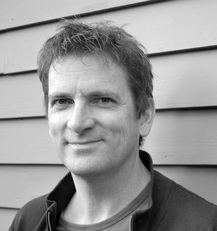 William has performed with many local companies including Odyssey Theatre, Third Wall, Evolution Theatre, The St. Lawrence Shakespeare Festival, Salamander Theatre for Young Audiences, and others. William was also part of the team of Producers who started the Ottawa Fringe Festival, and helped to guide it through its first two years. 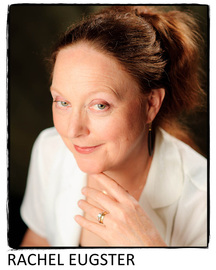 An actor and lyric soprano, Rachel Eugster is comfortable in a wide range of musical and theatrical genres. South of the border, she originated leads in a musical comedy adaptation of Jane Austen’s Persuasion, the Arthurian drama Avalon; and Conventional Behavior, a send-up of science fiction conventions.

In Ottawa, Rachel has appeared in The Walk (Moon Dog Productions), in Momma’s Boy at the 2011 Fringe Festival, in the Gladstone’s Farndale Christmas Carol, and as soprano soloist with various choirs and orchestras. Rachel has served as music director for Salamander Shakespeare Co. and GNAG Theatre, and is an artist in residence at Parkdale United Church. Rachel recently appeared as Putana in Bear & Co.'s 'Tis Pity She's A Whore, where she also served as music director. Rachel was also music director for their production of As You Like It,  and The Taming Of The Shrew.

Rachel trained with Wayne Conner at the Peabody Conservatory (Master of Music, Applied Voice), and with Mary Burgess at Marlboro College (Honors BA, Music and Theater). She also holds an AFTRA Conservatory Certificate. 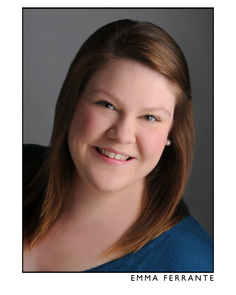 Emma is a proud graduate of the St Lawrence College Music Theatre Performance Program, which she completed this April. Upon graduation, she moved to Toronto, where she will be playing Juliet’s Nurse in the Toronto Fringe Festival’s production of Surving Speares. She is thrilled to be back in the Ottawa theatre scene, and excited to be apart of her first Fringe show. Some Ottawa credits include, Yichud: Seclusion, and Don’t Blame the Bedouins, which appeared in the Magnetic North Theatre Festival.

Recent credits include, Reverend Fred Phelps, Catherine Connolly/The Laramie Project, Maggie Jones/ 42nd Street, Mrs. Peachum/The Threepenny Opera, and Ms. Lynch/Grease. While at St. Lawrence, she also dabbled in directing, with her collective Next To Nothing Theatre, and Assistant Directed Nunsense: The Mega-Musical. 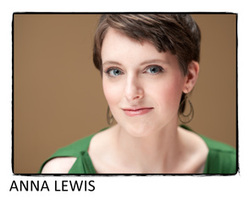 Anna Lewis is an Ottawa-based actor and creator with a BFA in Theatre from Concordia University. She has appeared most recently in Edmond and Tongue and Groove (Chamber Theatre Hintonburg), and  Agnes of God (9th Hour). Last year at the Fringe, she played Annabella in Bear & Co.'s production of ‘Tis Pity She’s A Whore.  Other credits include As You Like It,  and Momma’s Boy (Bear & Co), A Midwinter’s Dream Tale (A Company of Fools), and How (Not) to Kill the King, a one-woman show produced at the Winnipeg Fringe. Film credits include Happy Suds and the title character in Brown Sound Underground with Nona Leslie. Catch her this summer directing The Comedy of Errors in parks around Ottawa. 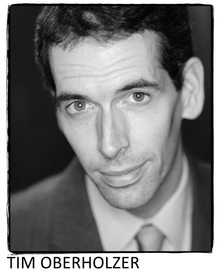 Tim has appeared locally in The Taming Of The Shrew, As You Like It and 'Tis Pity She's A Whore (Bear & Co.), Batboy: The Musical (Blacksheep Theatre), The Communication Cord, I Do Not Like Thee Dr. Fell and A Flea In Her Ear (Seventhirty Productions), Miracle on 34th Street: The Radio Show, Cyrano De Bergerac and The Shadow: A Christmas Mysteries Radio Show (Plosive Productions), The Radio Show: It's A Wonderful Life (Gladstone Productions), Othello (Salamander Shakespeare Co.), The Curse Of The Pekinese Peregrine, Showbiz is Murder and Murder in the First DeGlee (Eddie May Mysteries) and Tongue and Groove and Mechanicsville Monologues 2 (Chamber Theatre Hintonburg).

He'll also debut his first created work, The Vanity Project at the 2013 Ottawa Fringe Festival. In July he can be seen in The Comedy of Errors (Bear & Co.) and in August in The Chronicler (Screaming Artist).

Will Somers as Charlie 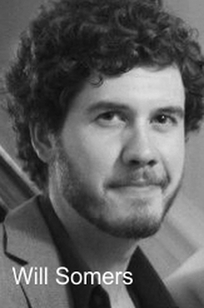 Will is an actor, director, creator, and reacher of things on high shelves based in Ottawa.

He has been a core company artist with Salamander Theatre, Eastern Ontario's biggest English language theatre for young audiences, where he has appeared in plays, brought workshops into schools, and goofed around (artistically) at summer camps. He has also taught with OYP Theatre School, where he has written, directed, or written/directed better than an dozen plays and short films with students by the dozen for four years. Acting credits include, Touchstone in As You Like It, Bergetto/Cardinal in 'Tis Pity She's A Whore, Jordan in Momma's Boy,  Romeo in Romeo & Juliet, The John and Collage Man in The Mechanicsvile Monologues series, and a lead role in Amanda Sage's short film Bliss.

In contrast, Will's work as a director has taken him as far away from young audiences as you can imagine. In collaboration with Chamber Theatre Hintonburg, Will has directed Lee MacDougall's High Life, and staged Mamet's Sexual Perversity in Chicago in a bar. He also recently directed Bear & Co.'s As You Like It.