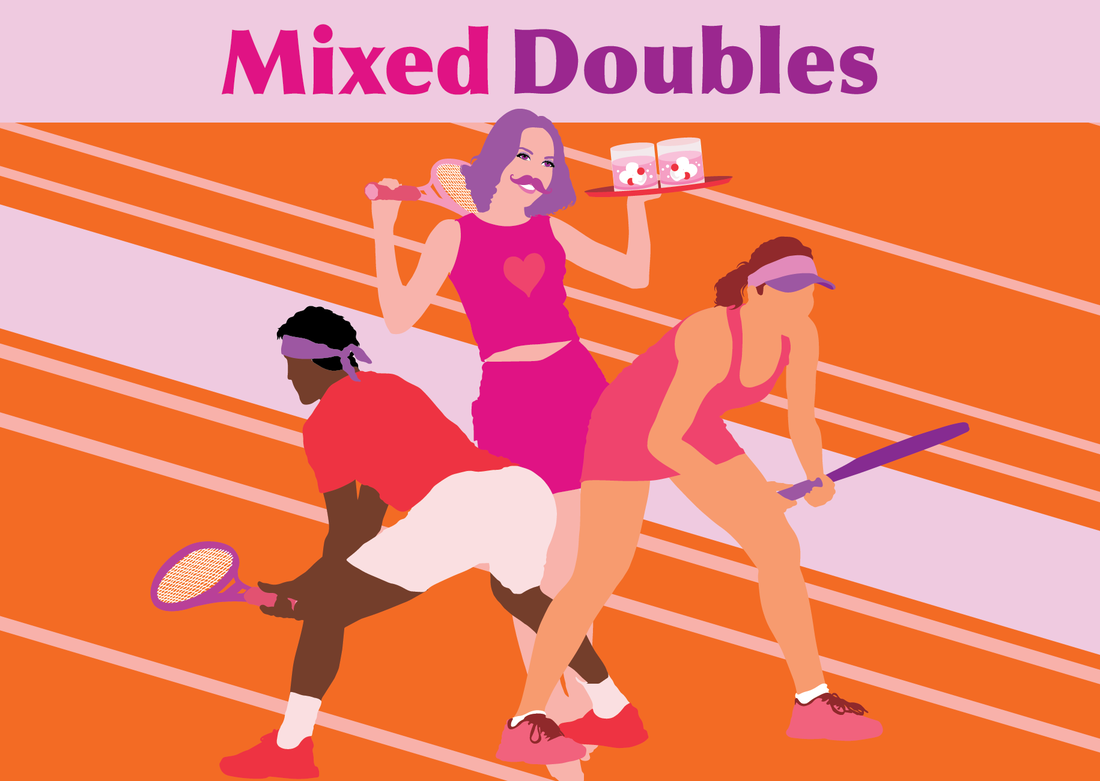 Stuck in an unpaid internship at a tumble-down community tennis club, 22-year-old Chandra must prove her mettle by raising enough money to fix the roof before the City Inspector shuts the club down. But when her boyfriend Vin unwittingly causes a rift between a baby-boomer donor and her philandering husband, the young couple embarks on a mad cross-dressing scheme to win back the donor’s good graces and save the club — and Chandra’s job prospects — from ruin. With cameo appearances by Ancient Greek playwright Aristophanes and commedia dell’arte diva Isabella Andreini, does anyone play by the rules in this hilarious 21st-century farce?

Theatre is officially back in Ottawa! I was so excited last night to attend my first show in what seems like an eternity. The Gladstone Theatre is playing host to Bear and Co.’s latest theatrical comedy, Mixed Doubles. I was able to attend preview night, and what a treat it was!

Mixed Doubles (A Farce) by Kate Jaimet is set in a tennis club, which sets the stage for a clash between Boomers and Millennials, and more specifically, males and females. The premise of the story: there are two couples from different generations looking to join a mixed doubles tennis tournament, but none of them have any interest in pairing up with their significant other. The older couple, who have been members of the club for most of their lives, represent a probable solution to fixing a potentially club-closing leak in the ceiling. It is anticipated that the elderly woman will offer a sizable financial donation if she wins the tournament, but the elderly man doesn’t want to play as her partner; he’s looking for a younger partner whose figure he can watch and enjoy more. With no partners available or willing to team up with them, the younger couple, who are employees of the club, come up with a scheme. Each of them will dress as the opposite sex in an attempt to attract and win over the older couple as tennis partners, with the intention that when they play against each other in the final game, they can throw it so that the elderly woman’s team will win.

The portrayal of the creepy elderly man by David Frisch was spot on, complete with continuous sexual inuendo, primarily focused on the young ‘lady,’ Skye, who is actually another character, Vin (played by Anurag Choudhury), in disguise. Barb, played by Beverley Wolfe, is the sexually-deprived “old bean,” dreaming of a younger, more compassionate man to partner up with…..as a tennis partner. When she meets Georges, a typical French romantic gentleman (played by Angelina Wehbe or Rachel Eugster, depending on the scene), her life changes as temptation sets in.

The entire show features an entertaining juxtaposition of old vs. young; the one-liners throughout are hilarious! The witty banter between the seven characters is highly amusing. Although not the funniest show I’ve ever seen, the tone of the show is fun and really enjoyable. Some of my favourite one-liners include: “Shove that up your Hashtag,” and “Punish me if you must, but don’t harm the Cabernet Sauvignon.”

In keeping with the tradition of my previous theatrical reviews, I’d like to highlight the performances that really stood out to me. I’ll be honest though, with this show, the decision was very difficult. With only seven very talented and experienced cast members, and two of them playing both a male and a female role, I had a hard time selecting real stand-outs as everyone was very good.

Anurag Choudhury was probably my favourite performer in the show. I found his characters to be the most sincere and realistic, and I felt like I could relate to them most of the time. He really made me feel as though I WAS his character, which is always a sign of a talented actor for me! His ability to throw on women’s clothing and play a young millennial woman was hilarious, particularly the scene where he was talking about makeup and his leg waxing service! I really hope to see more of him in the future, and will be watching for his name!

Choudhury’s character’s partner Chandra, played by Angelina Wehbe, was the next stand out performer for me. Not only did she have to switch genders when she changed characters, she seemed to be able to do it on the fly, pulling it off perfectly. Her switch into the French accent for “Georges” was flawless. My favourite scene was when she first dressed up as “Georges” and was trying to seduce Barb in the bar. It was hilarious and portrayed perfectly. Fantastic performance all around for Wehbe, I hope to see her in future productions as well!

The last performance that I’d like to mention as having been stand-out for me is that of Beverley Wolfe in the role of Barb. I feel as though she was cast perfectly in this role. From her opening scene, when she was running around the stage, I knew she’d be a hit! Her high-energy and flawless delivery of one-liners made for the perfect portrayal of an energetic, albeit old lady, looking for more excitement in her life, even if she didn’t realize it at first. She was very funny throughout the play.

Even though I didn’t mention everyone, I feel as though this cast was perfect, and I wouldn’t change anyone. They really performed well together and fed off of each other’s enthusiasm. It made for a fantastic show!

My one criticism is related to the opening scenes for each half of the show, and the final scene featuring the characters of Isabella Adreini and Aristophanes, competing to determine whose style of comedy is better. I found that these scenes didn’t add much to the story, and almost felt a little bit like filler. The show itself was about an hour and forty minutes, including the intermission, so without these scenes, it would have only run for about an hour. I don’t think that it took anything away from the show, but I don’t see the added value in it either.

Overall, this play is excellent! I wasn’t laughing hysterically throughout, but I definitely had a smirk through the entire performance. It was funny, it was entertaining, and it was intriguing; I loved it!
This show’s official opening night was October 20th, but runs almost daily until November 5th. I would recommend that you check it out! It is a great way to kick off the first post-pandemic theatre season. Tickets are available through The Gladstone Theatre website/box office. Enjoy!
THE TEAM 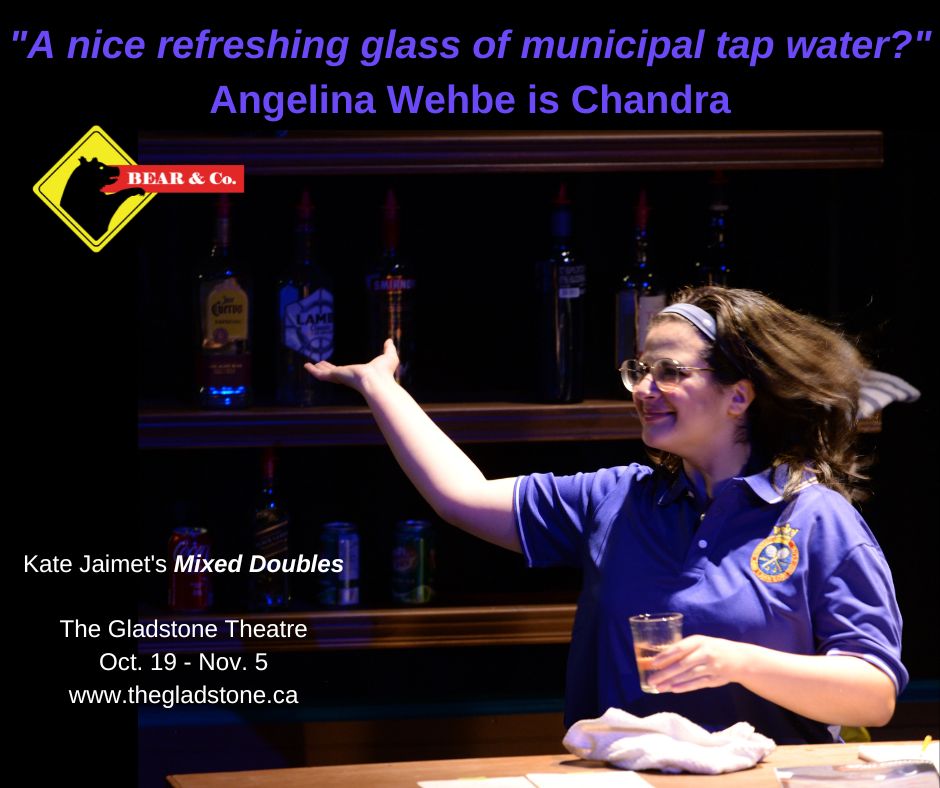 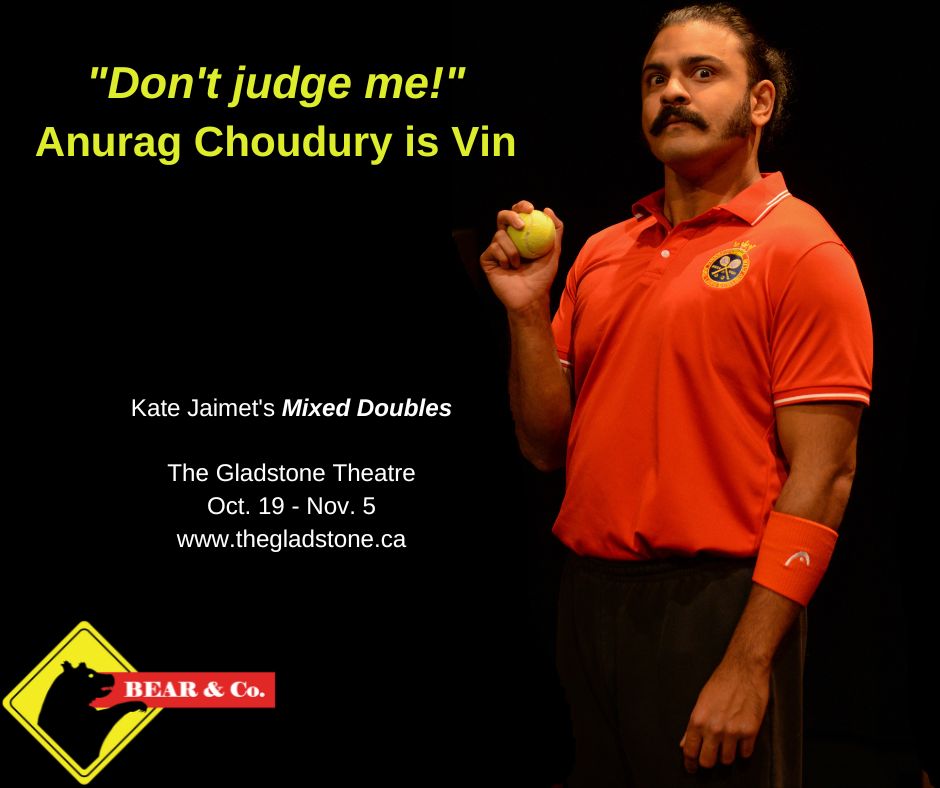 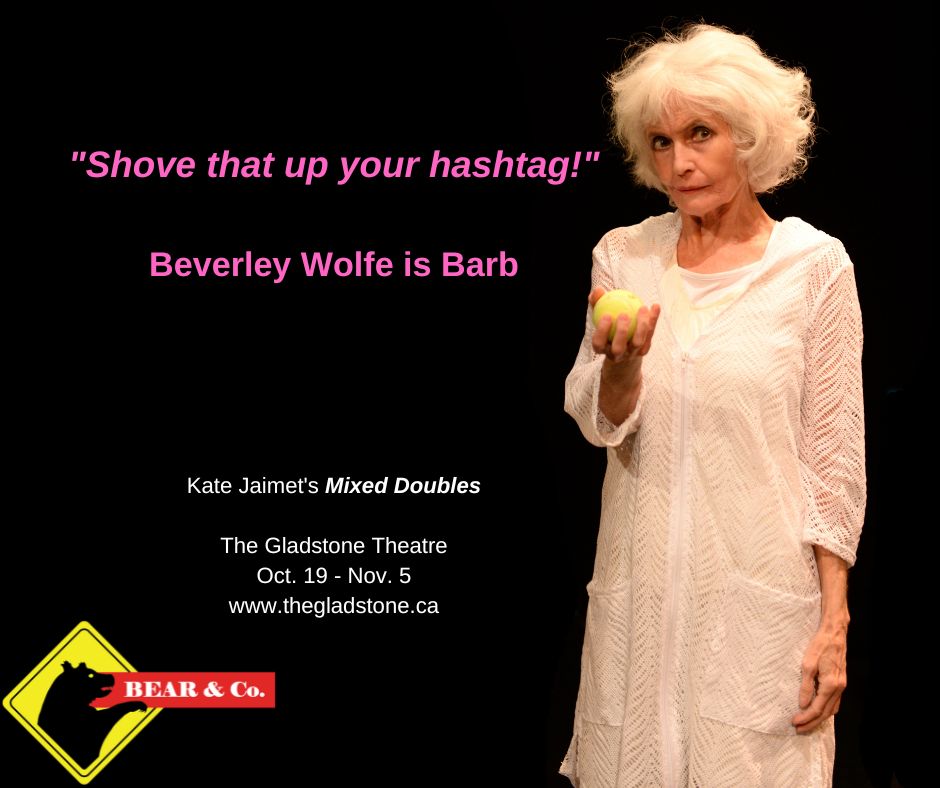 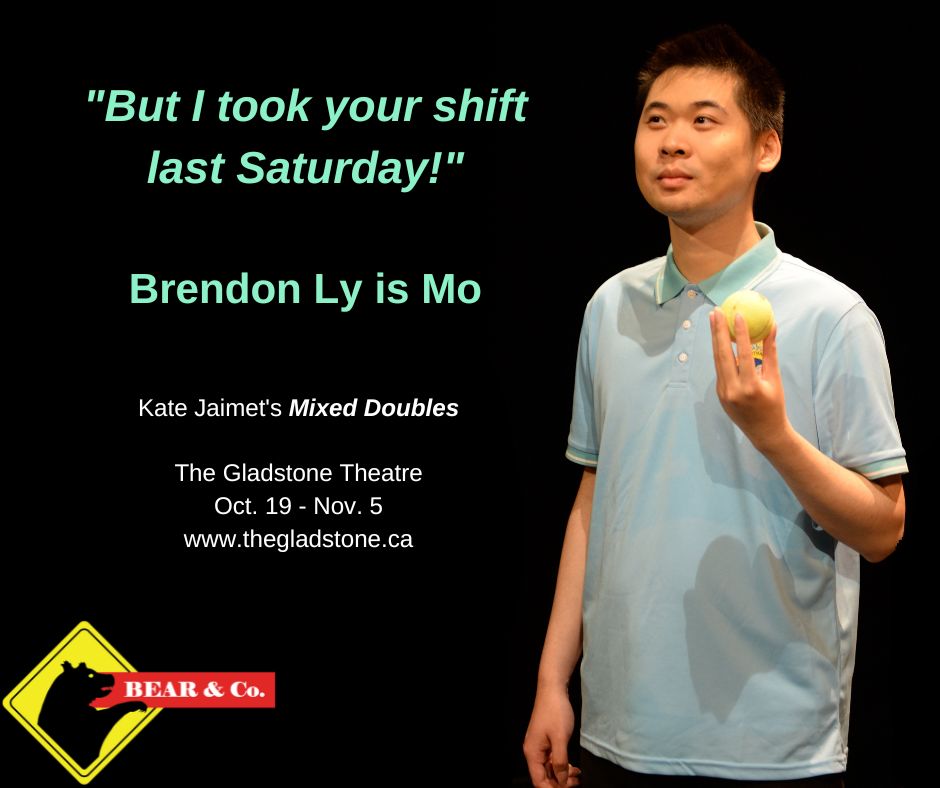 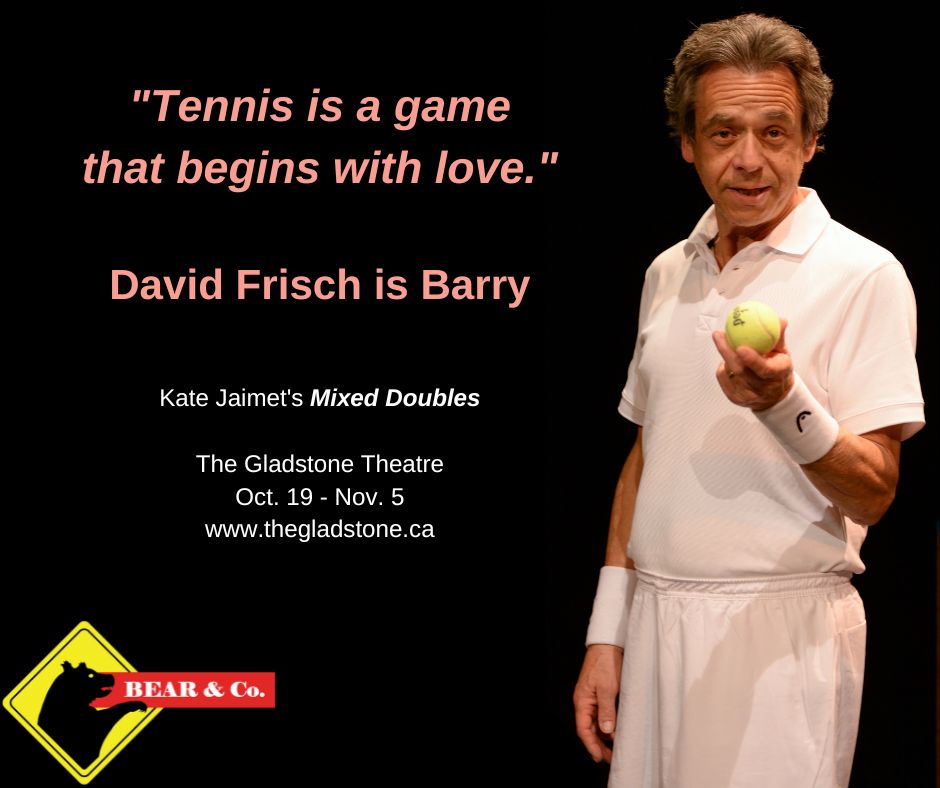 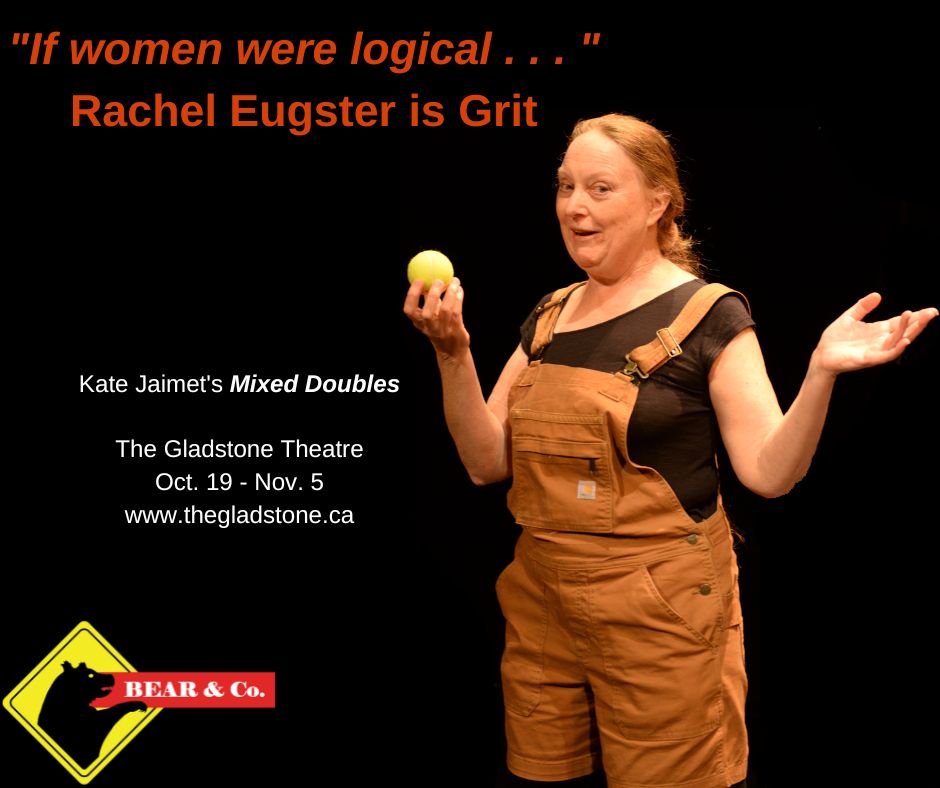 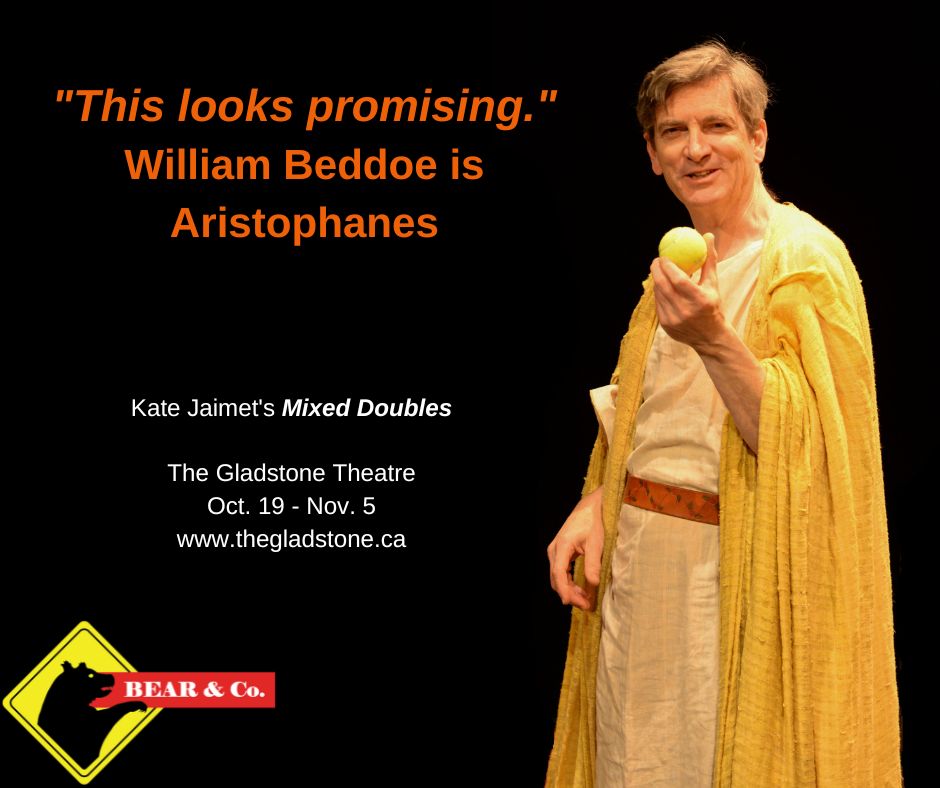 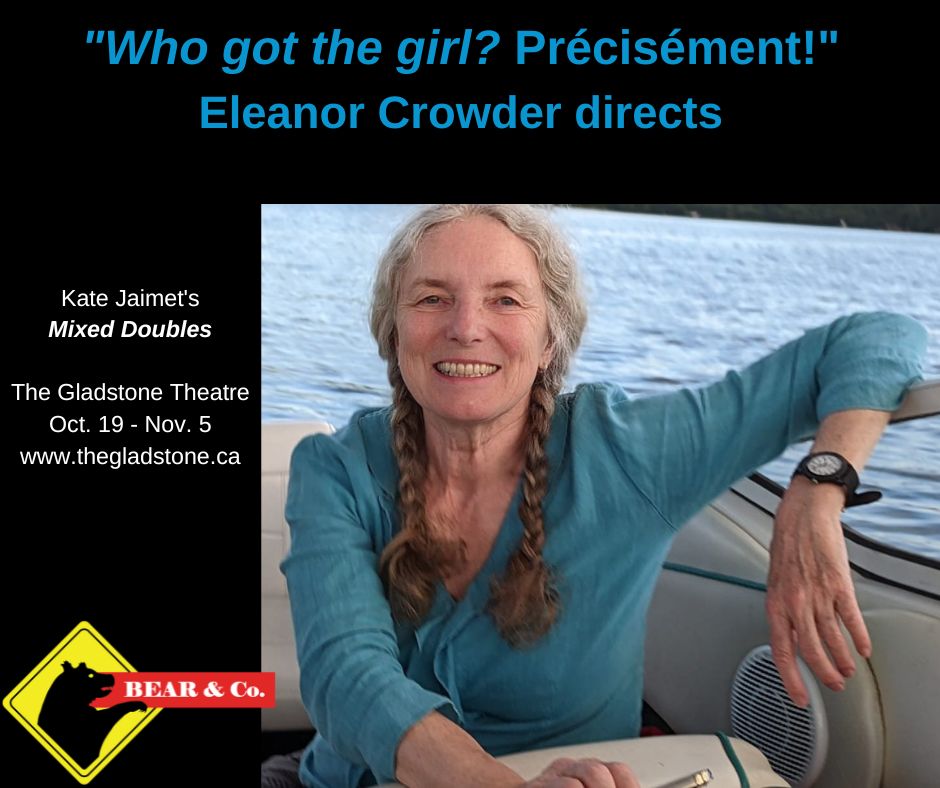 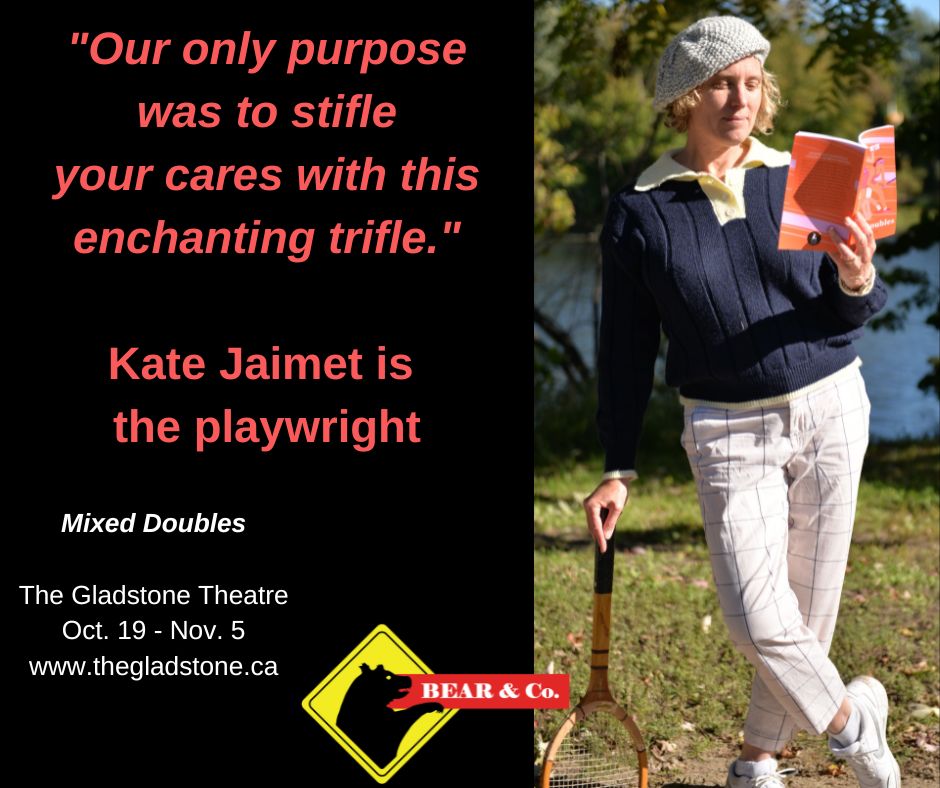