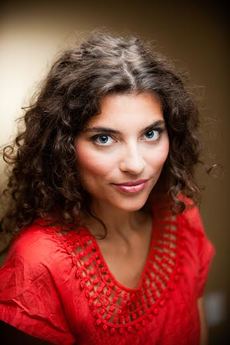 Sarah Waisvisz is a performer, playwright, and a co-producer of Calalou. As a theatre maker she lives for creative collaborations and the challenge of making magic out of nothing. Recent adventures include The Tempest and The Glass Menagerie with Bear & Co. ; premiering her solo show Monstrous at the undercurrents festival;  performing in two works with the Canada Dance Festival, Porch Dances (Kaeja d’Dance) and Moving Stories (NAC/OCDSB); writing the yoga-comedy OCCUPY ME with Counterpoint Players; and creating and performing in the site-specific-ambulatory-devised Six: At Home with Zopyra Theatre. Her work has been recognized with nominations and awards from Ottawa’s professional Prix Rideau Awards. Sarah is a member of GCTC’s Playwrights Network. As a playwright she has several new projects on the go including Heartlines, IloveOrangesAndHateThePort, the sequel to Monstrous entitled Griot!, and a top-secret play in development through a residency with Theatre 4.469.