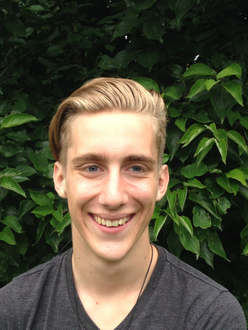 Daniel Claxton is a grade 11 student in the Canterbury Vocal Progam, studying privately with Gary Dahl. In summer of 2015 he participated in the Open Jar Summer Institute, a week long training intensive in NYC. This past year he played Ogress Fiona in Canterbury High School’s production of Shrek: The Musical. He has competed in the Ottawa Kiwanis Music Festival winning the Richard Proulx trophy as well as the Eunice Baker trophy, and has been invited to compete at OMFA for two consecutive years.  Last year he, Ian Taylor and Dexter Hunter-Laroche were invited to sing at the Kiwanis Highlights Concert.