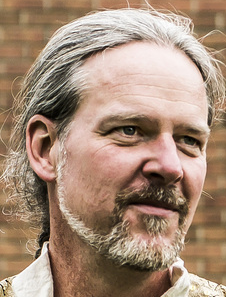 Chris McLeod made his professional acting debut with Odyssey Theatre in 1988. Since then he received an Honours Degree in Directing from the University of Ottawa and a Masters in Stage Directing from the University of British Columbia. He lived in Germany and returned to Ottawa and became Director in Residence with a Company of Fools in 1998. He was Artistic Director of Salamander Theatre for Young Audiences from 2000. to 2012. In January 2011 Chris was a founding partner of National Stage Combat Training Partners. He returned as to adult acting as Comte De Guiche in Plosive Production's Cyrano de Bergerac in 2012 and was Prospero for Bear&Company's The Tempest last summer.