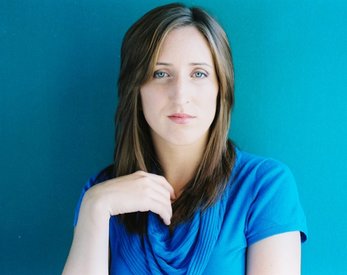 Alexis Scott is a performer, creator and co-producer at Vacant House Theatre. Her passion as an artist draws to roles that allow her to display the human spirit with reckless abandon. You may have seen her in previous Bear&Co. productions as Adriana in Comedy of Errors and as Antonio and Trinculo in The Tempest. Favourite theatre credits include: Joby in Anton in Show Business (Three Sister Theatre Company), Frankie in Frankie and Johnny in the Clair de Lune (Vacant House Theatre), The Reindeer in Narnia (9th Hour Theatre), The Anger in Ernestine in The Anger in Ernest and Ernestine (Vacant House Theatre), Adriana in The Comedy of Errors (Bear&Co.), Jean Lobb in The Farm Show directed by Andy Massingham, Ada Lovelace in False Assumptions (Plosive Productions), Apollo in The Eumenides directed by Jodi Essery, and Suzy in Jelly Belly directed by Lib Spry. She has been nominated for a Prix Rideau Awards 2015 for her work as an emerging artist and also participated in the Emerging Actors Unit with Eric Coates. Alexis is the co-founder of Vacant House Theatre, dedicated to producing intimate and site-specific theatre experiences.